BE PART OF THE SOLUTION. 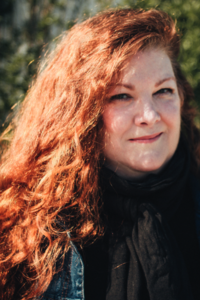 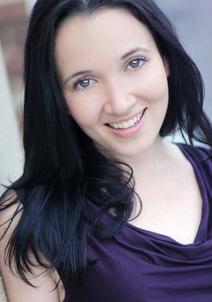 Picara has traveled far and wide in order to collect her varied spiritual and Chinese medicine wisdom.  She received her undergraduate degree from University of Pennsylvania in Psychology with a focus on neuroscience, then continued on to graduate school at Pacific College of Oriental Medicine where she studied at both the San Diego and New York campuses.  After her internships at San Diego Hospice and NYU's Center for Joint Diseases, she received her four year Masters of Science in Oriental Medicine and became licensed in both New York and Delaware and certified by the NCCAOM in Oriental Medicine.

She has studied energy healing in Thailand with Mantak Chia, kinesiology in Utah with the late Dr. Victor Frank, NAET in with Dr. Devi Nurmanipad, and she has spent 7 years apprenticing and assistant teaching throughout the country and internationally with acupuncturist, herbalist and Sufi healer, Thea Elijah.

Picara feels passionately about inspiring and motivating young women to live their fullest life and has worked with a number of teen girls and young women on topics of empowerment. She also currently sits on the board of Ursuline Academy, an all girls private catholic school which she also attended.
Personally, Picara was able to stop an attempted sexual assault through her martial arts training but she feels that education of men and women should be the proper path to cultivating respect for one another, not violence.  She feels Living Lotus Project's vision is for all men and women and important for the future of our culture. She is grateful for the opportunity to be a part of the organization. 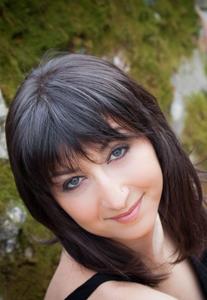 Steve is an HR business partner and executive coach. He’s worked in Corporate America and in the entertainment industry (tv, film, commercial, theatre). Along with his BS from St. Bonaventure University and 18+years of business experience in the corporate banking and computer consulting industries, Steve has a deep passion for coaching.

Steve provides executive and professional coaching to corporate leaders, with a focus on performance management, leadership and employee development, and conflict management; as well as assisting creative professionals to overcome obstacles and mindset challenges that arise when starting a business or a new creative work or project. Steve enjoys partnering with individual executives or teams to develop strategic, measurable, attainable goals in an established amount of time (and budget), whether it be in leadership development, work and personal goals, or assessments of work from a management/leadership perspective.

Along with the coaching work, Steve partners with Executive Producers and leaders to develop an effective people strategy for new hires and leadership team in front of and behind the stage and screen. His deep compassion for, and understanding of, complex human behavior has given him years of experience facilitating large groups of people on a regular basis, and has helped him to develop a unique expertise in his field.

Steve is honored to use his expertise in working with Living Lotus on these amazing, creative, and meaningful projects to raise awareness and empathy for girls and women suffering the effects of sexual assault and domestic violence, and to support their efforts to educate bystanders to positively affect the world at large.

“When you finally find something you love to do, you never work again.”

Ms. Gosheff brings over 30 years of organizational and managerial expertise to Living Lotus Project.  While continuing her career as a Practice Coordinator and Litigation Specialist in a New York City law firm, she embarked on a career in the arts.  Although Ms. Gosheff came to acting somewhat late in life, she credits her many and varied life experiences for her ability to bring an informed and genuine depth to the characters she has created for the stage.   For two years, Laura performed Off-Broadway in FOOLS IN LOVE at Metropolitan Ensemble Theater.  She appeared in TEMPEST, THE MUSICAL at both the Anspacher and Cherry Lane Theaters; 13 CLOCKS (Cherry Lane); also HAMLET II; SAME TIME, NEXT YEAR; SUMMER AND SMOKE; THE SHADOW BOX; and LAUNDRY & BOURBON. She co-produced TEMPEST, THE MUSICAL with Daniel Neiden.  As Writer/Director: ROMEO & JULIET (dir.,Theatre at St. John's); PHOENIX RISING (dir./Reading, Kraine); PRETTY DIRTY WORDS (Katherine/dir.. Players Theater). Over the last fourteen years, she has gained experience in almost every aspect of theater production.  She's been an Authorized Company Rep in the New York Fringe Festival, General Manager and co-producer for a number of NYC plays over the last eight years; and was Managing Director of Republic Theatre Company in 2006, and General Manager (2010-2015) for Elsinore County, a theater collective in New York City.

Ms. Gosheff founded Living Lotus Project to raise awareness and empathy for girls and women suffering the effects of sexual assault and domestic violence; to end victim-blaming and shaming by putting the responsibility for the crime where it belongs -- on the perpetrator; and to engage individuals and communities at large to help end this worldwide epidemic.

As a playwright and producer, she founded the American wing of the British theatre company, ModernEyes, producing quirky happening-type experiences in New York City locations like slipper clubs, apartments, and sidewalks, as well as full productions of her plays including The Have-A-Hart Trap and A Play on Elemental Consequences. She adapted Romeo and Juliet for Snow Falcon Productions and is working on an adaptation of The Tempest for Daniel Neiden.  Now, as a full-time writer, Jacqueline tells the stories of those in the food world for major food publications including Saveur magazine, Plate magazine, the Village Voice, and Serious Eats, where she produced over 150 long-form interviews with New York City chefs.

Having lived for over twenty years with Lyme disease and its varying affects, she also writes stories of women with chronic illness for publications including Bust magazine ("Don't Call Me Pretty... I'm Just Sick and Skinny"), Cosmopolitan ("My Chronic Illness Has Cost Me More Than Just My Health") and Elle ("I Can't Have Children, But I Don't Want to Anyway"), among others. Jacqueline's proud to be a part of the Living Lotus Project, and looks forward to hearing and helping shape more of our stories. 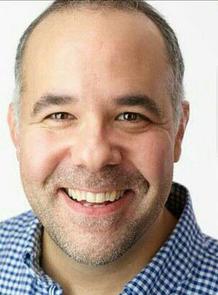